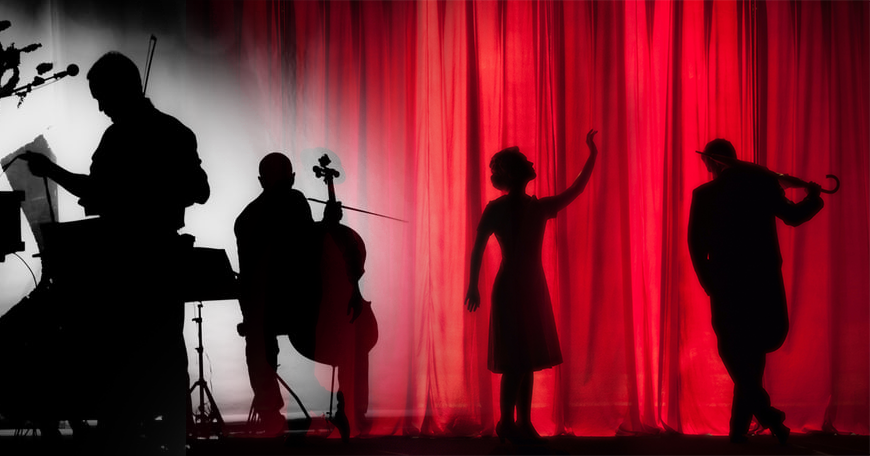 The Music and Theater Arts (MTA) section is unique at MIT in offering many classes and ensembles devoted to performance. In the face of this challenging transition online, MTA instructors have found innovative ways to retain the communal and social aspects of performance.

21M.600 Intro to Acting: Anna C Kohler & Janet Sonenberg
Professor Janet Sonenberg asserts, “Instructors do not teach students to prepare the role of Hamlet in Intro to Acting. Rather, they begin with the essence of acting: self-knowledge.” We begin by creating a safe space for contact: first to the self, then to the other, and finally to a situation, environment, object, or character. Acting depends on the ‘liveness’ of this contact.

Moving what is essentially ‘live’ in this beginner class to interactions over Zoom required Senior Lecturer, Anna Kohler, who supervises all of the sections of Introduction to Acting, to rethink how to support students’ courage to be vulnerable and bold. For example, she asked students to make a detailed analysis of a highly charged close-up monologue, such as that of Marlon Brando in Apocalypse Now or Octavia Spencer in Hidden Figures. They then recreated the monologue as intensely and precisely as possible, recording themselves on their cell phones. Students would never imitate actors in a normal introductory class, in which the instructor would help foster each student’s unique interpretation. However, acting out these striking monologues in this way allowed these students to dare to stretch beyond their self consciousness and fears.

21M.421 MIT Symphony Orchestra: Evan Ziporyn
Of the 66 total members admitted to the MIT Symphony Orchestra (MITSO), 41 who are enrolled for credit are now continuing online. As conductor Evan Ziporyn frames their current challenge, “An orchestra exists to make music together in one place at one time. Students not only join MITSO to perform Beethoven or Brahms, but also for the communal act of making music: harmonizing, playing rhythms together, and connecting deeply.

“An online orchestra is a contradiction in terms. Sound takes time to travel, even when converged with data and travelling over fiber optics. It is literally impossible to play music synchronously from remote locations. Even a duet is difficult online, let alone a real-time orchestra with varying internet connections.”

In spite of this, a transition online proved to be possible. USB microphones were shipped to students, whether still in the United States or internationally. Students downloaded recording software and learned basic editing and recording skills, while also making music remotely. The instructor identified specific pieces of repertoire that would make sense to record in this way and then assembled isolated recordings into blended musical mosaics. The resulting assemblage was a 2-minute version of Discrete Music by Brian Eno. They are now working on more expansive projects, involving music ranging from Beethoven to the Beatles.

In the days before the shutdown, the connection that students and instructors felt to their arts, to each other, and to a shared purpose became more necessary than ever. In both the case of Intro to Acting and MITSO, the communities that formed around these classes demonstrated their resilience and creativity in not only advancing their learning, but in coming together to combat a shared crisis.