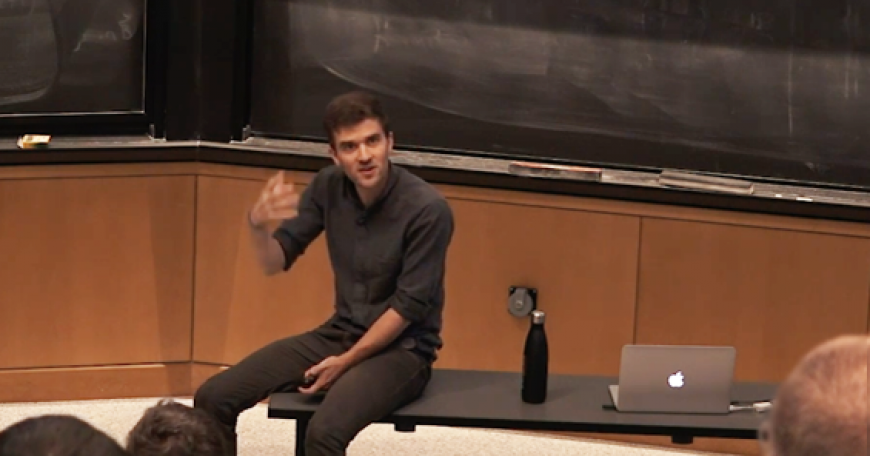 The Met is More Than a Building! 5 Things You Missed if You Missed Loic Tallon's xTalk

Since its beginning in 1870, The Metropolitan Museum of Art, known by many as the Met, has been serving its mission to “connect people to knowledge, creativity, and ideas” by its abundant global collection on the 5,000 years of human history. Today, the advent of digital age is revolutionizing how this is done. As Loic Tallon, Chief Digital Officer at the Met pointed out at his Oct 16th xTalk, the Met was limited to a venue in 1870, established its website in 1995, and is striving to make an online presence in 2018. With the digitization of collections, the Met has become one of the most accessible and relevant cultural voices and platforms for the world and in the world.

Important points from the talk:

1. At first sight, museums may seem less likely to be influenced by technology advancement, but in fact, throughout history, technology did play a role in shaping the operation of museums and how people interact with the museum space. Back in 1954, a museum in Amsterdam was is among the first to use radio waves to offer visitors audio introduction. Originally the introduction was controlled by museum staff to broadcast in each exhibition hall, and later on developed into more diverse forms, such as multi-lingual introduction, pre-set routine cassette tape, or individual audio guide devices for each visitor.

2. The Internet Age provided new ideas to better serve the mission statement, that is, to connect artwork to every Internet connected person in the world. Therefore, the Met emphasizes an inspiring, comprehensive, interconnected, and inviting website as part of the digital transformation. Each year, the Met website serves over 31 million users, has more than 430,000 collection catalogued, reaches over 100 million users on third-party platforms, channels over $20 million online transactions, and produces high-quality audio, video, and blog content.

3. One of the most significant milestones in the Met’s open access digital initiative was its decision in 2017 to make all images of public-domain works available under Creative Commons Zero (CC0). This means that whether you are an artist or a designer, an educator or a student, a professional or a hobbyist, you now have approximately 375,000 high-resolution artworks to use, share, mix and remix without restriction.

4. This decision has greatly promoted the spread of knowledge and simulated lots of interesting studies. For example, people have created visualization tools to track the international trajectory of certain artwork (for example, Wheat Field with Cypresses by Vincent Van Gogh circulating around continents for exhibition), studied historical costumes to detect garment trends, or animated static paintings to create a different perspective.

5. Alongside its website, the Met focuses on four tactics to improve open access: appropriate licensing, non-English languages, structured data/APIs, and partnerships. One of the most representative example is the partnership with Wikipedia. The diverse global community of Wikipedia is now actively using the openly licensed collections to illustrate Wikipedia articles on topics of all kinds. More people (ten million a month) are now experiencing the Met collection on Wikipedia than on metmuseum.org (two million a month).

As a curious person and museum lover, I’m fascinated by the Met’s dedication to open access and the program’s substantial impact. On the other hand, as a MIT student, I’m very proud that MIT is also an inalienable part of the cohort for open access to knowledge, as shown in its OpenCourseWare (OCW), a web-based publication of virtually all MIT course content, its active role in edX and MOOC platforms, and its new open access policy for all MIT authors in 2017, which makes scholarly articles freely available. MIT and the Met share similar open digital visions, and technology is revolutionizing the operation of both institutions. While the Met has become “more than a building”, nowadays MIT is more than a “brick-and-mortar” school, making a powerful presence to advance knowledge and educate scholars for the betterment of humankind whenever and wherever.